The Louisiana Folklife Program Project Files (Mss. 4730) are comprised of correspondence, field recordings and oral histories, and project files of its various programming efforts, publications, and projects designed to document and promote the folk ways of Louisiana.

Included are the records of projects funded by the Program and for which the Program received funding, including the Louisiana Folklife Festival, folklife surveys of the state’s regions and parishes, participation in the Smithsonian Festival of American Folklife, the New Populations Project, the Louisiana Voices educational program, and others. Early materials relate to the establishment of the Folklife Program and include correspondence and legislation. 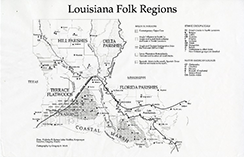 The records also include printed items, reports, grant applications, clippings, and articles about or from agencies within the Department of Culture, Recreation and Tourism; other state agencies; various cultural institutions, programs, and festivals in the state; and out of state, national, and federal folklife-related agencies and organizations. 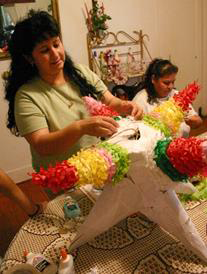